Masterplan
Back to projects
Next project 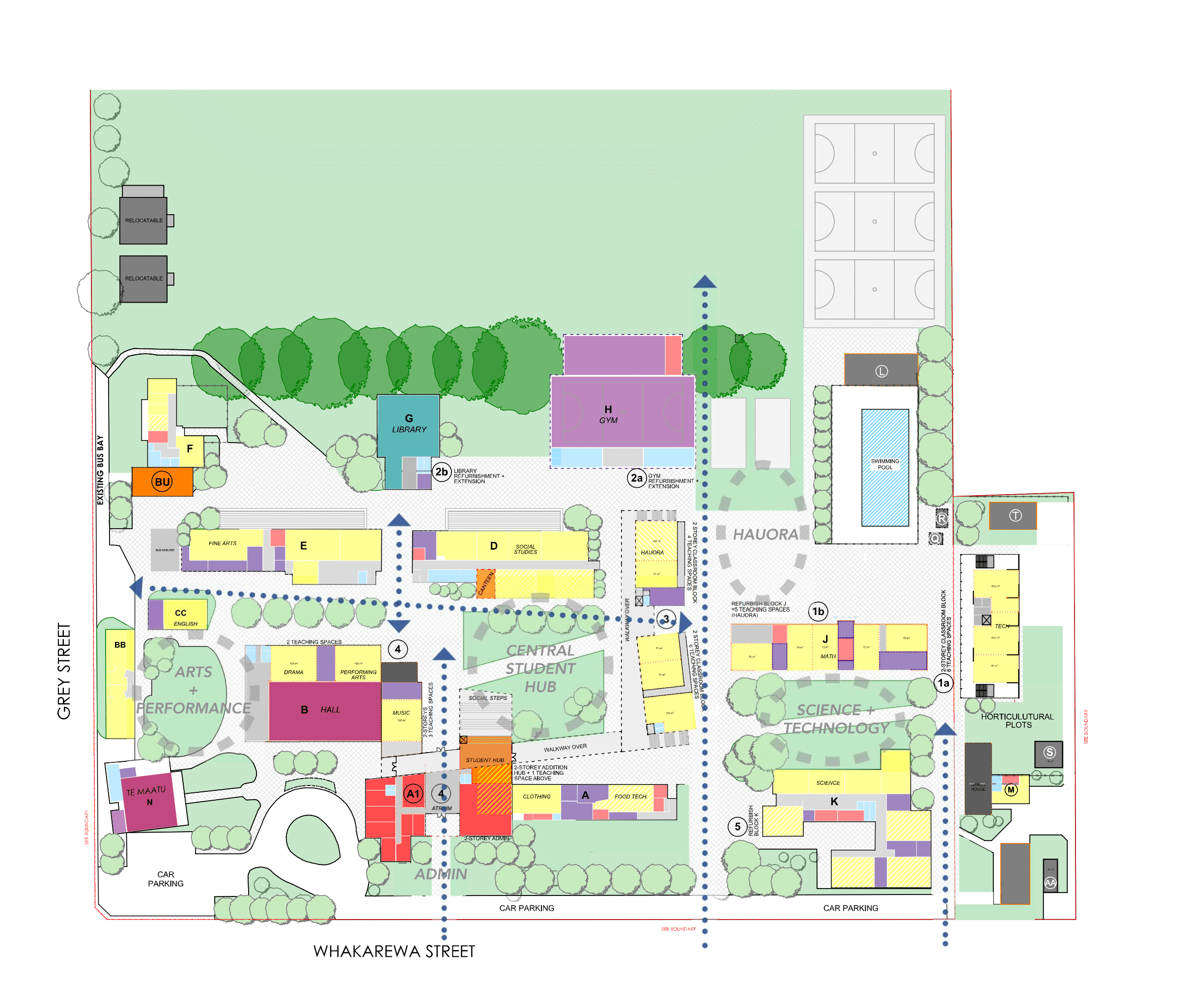 Motueka High School is a state-funded school with a population of 673 students, located on Iwi owned land in the rural town of Motueka. It was established in 1955 and although the majority of its core building stock was constructed shortly after it was founded, sprawling haphazard additions to existing buildings over time have resulted in a disjointed campus.

Despite its functional limitations the school has managed to establish a diverse and inclusive environment, with a supportive and collaborative community of learning. The master plan was developed to provide the physical armature to reflect and reinforce the school’s philosophy as it moves towards a roll of 1,000 students.

Consultation with multiple stakeholders resulted in a bold proposal to overhaul a significant portion of the site, a move supported by the MoE’s design review panel. Each stage was carefully assessed as a potential end point to ensure that the school would continually benefit. The first stage is due to be executed next year. 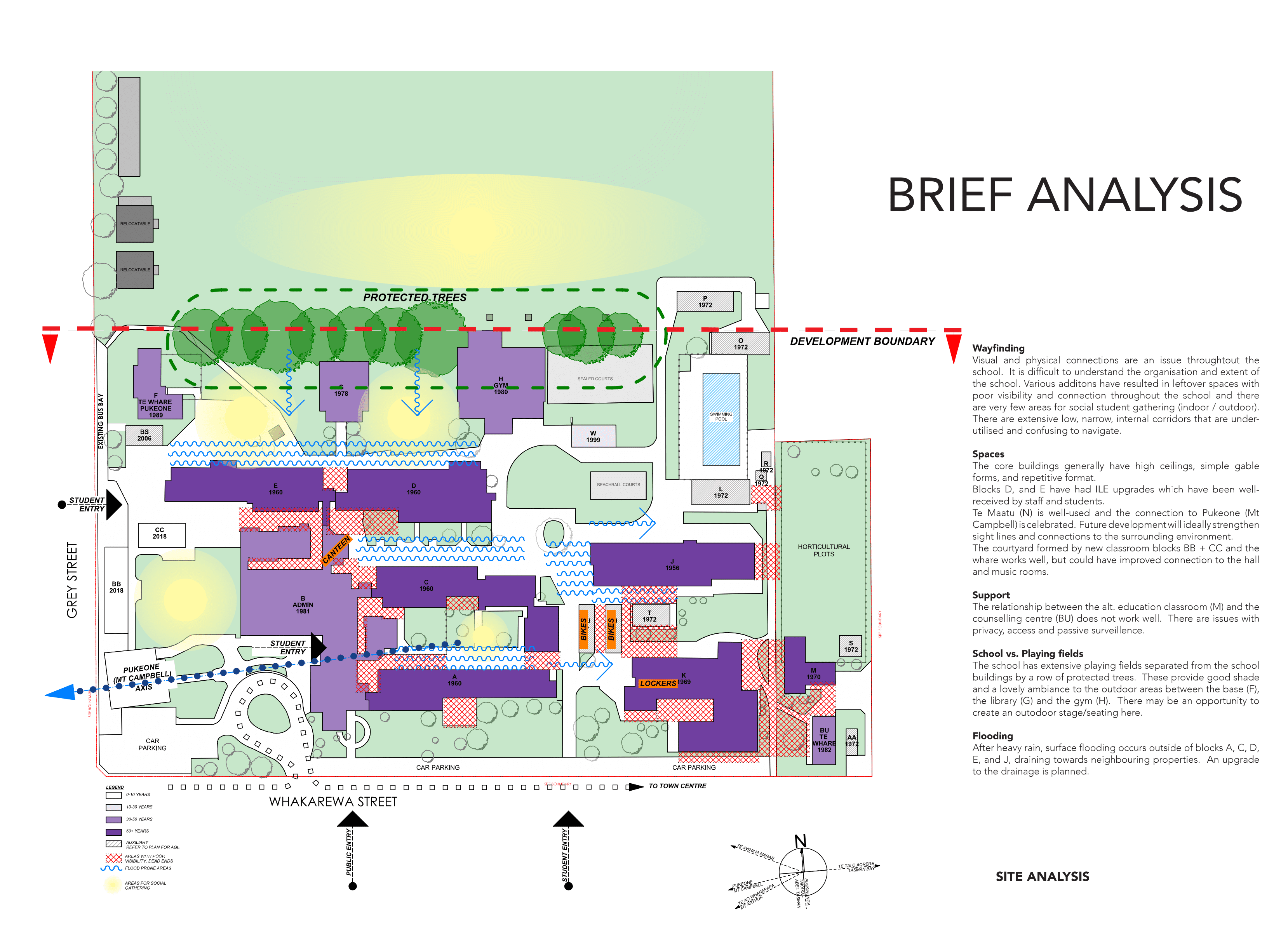 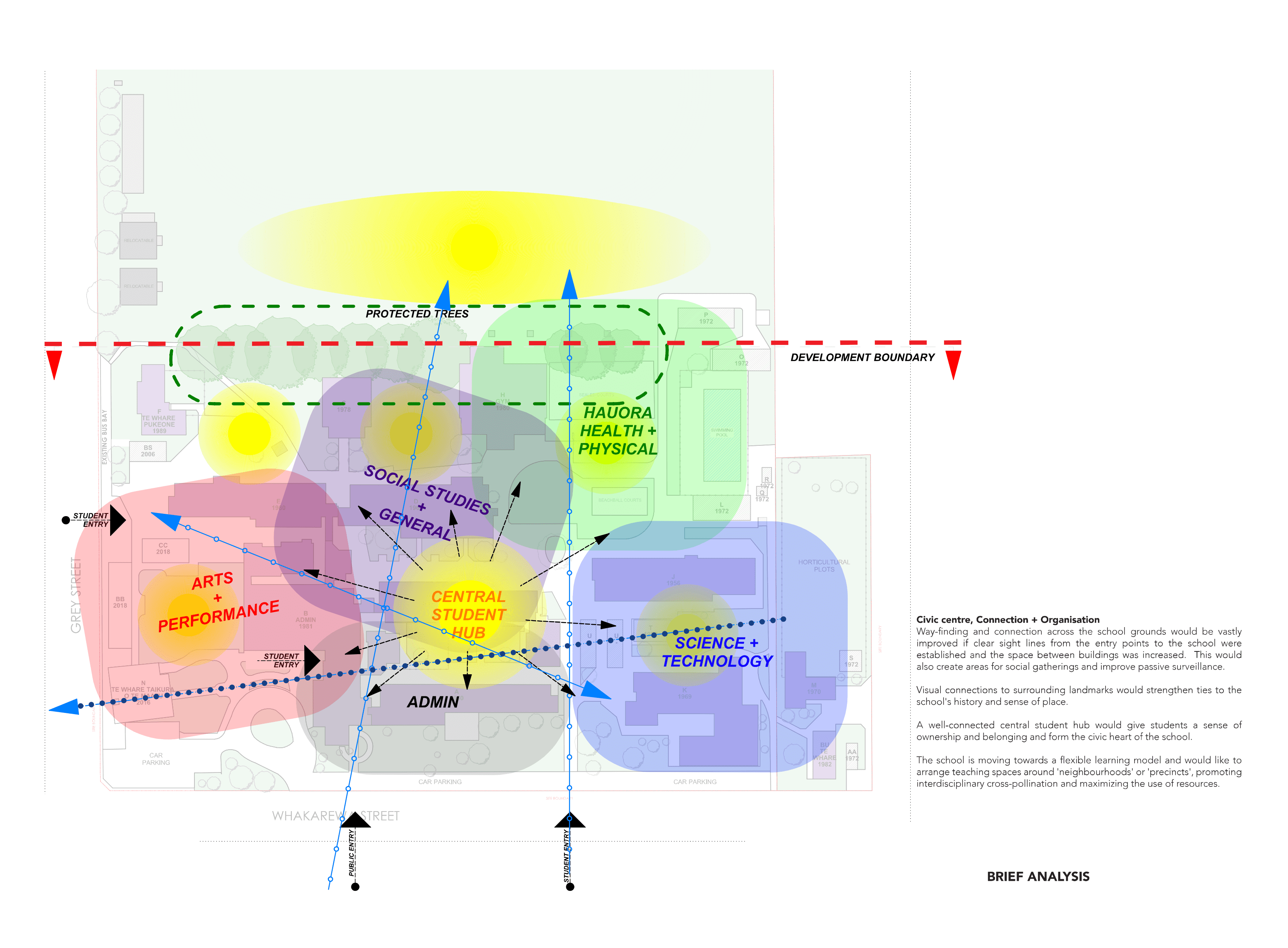